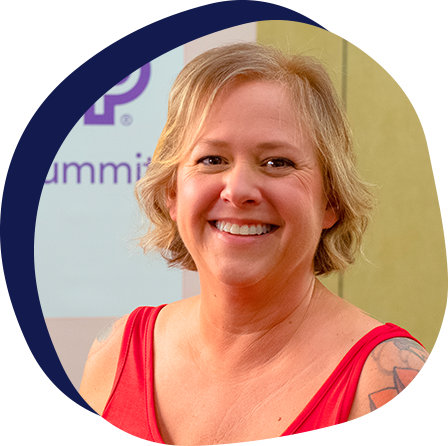 Theresa Allen has been the payroll and HR extraordinaire at Home Federal Savings Bank since she came onboard in 2017. On any given day in her role, anything from onboarding to compliance paperwork to payroll to compensation reviews might cross her desk. With that in mind, Theresa knows that efficiency and accuracy are her best friends when it comes to keeping this 200-employee operation running smoothly. Partnering with ADP Workforce Now® has been, in Theresa’s words, a “game changer.” They’ve been able to save on time, recruit more talent, access their data analytics more easily, and even keep the environment in mind by reducing paper use.

With ADP Onboarding, I’m spending five minutes getting new hire information into ADP instead of a half an hour. I don’t have to chase people down to correct anything because it’s all in ADP.

Saving time before partnering with ADP Workforce Now, I remember when things were much more manual. Performance was literally 200 pieces of paper that were handed out to managers, and we had to keep track of when they were returned, if they were returned and then scan them into employee files. It would take a week of total time. Now for the HR team and payroll, we are down to half of that. For compensation, I was responsible for putting them all in, and then doing the bonuses separately. It would take literally weeks. You’d have to run reports, break them out by manager for the spreadsheets and then send out the spreadsheets. Then remind managers to get the spreadsheets back to you and make sure that they were within the boundaries of what the percentage was for the raise that year. Then all the manual entry … that was hours right there. Now we are down to a grand total of probably a day. That compensation module has been a life changer, and the biggest time saver that we have implemented so far.

The new ADP® reporting dashboard is excellent because everything is in one place. Everything is where I need it to be to process my payroll, including all the reports that I need either before, during or after. I can put my favorite reports in the favorites area. Then I don’t have to go looking for them. It’s one of my favorite spots when I’m doing my payroll.

The reason we decided to implement the ADP analytics module was for the benchmarking. We wanted to make sure we were competitive with other banks in the area and across the country. We want to be competitive in this new job market with the salaries. We have adjusted some of our starting wages because of ADP analytics. ADP analytics is helping us recruit quality employees.

Before ADP Onboarding, onboarding was all paper, which is my least favorite thing in the world, paper cuts, killing trees, landfills even. No … Now with the onboarding through ADP, I’ve eliminated the paper. And then everybody can verify their information themselves in the onboarding process. With ADP Onboarding, I’m spending five minutes getting new hire information into ADP instead of a half an hour. I don’t have to chase people down to correct anything because it’s all in ADP.

Keeping pace with the evolution of work

2022: Are You Prepared for the Year of Employee?

In 2022, your business is challenged with recruiting and retention and hybrid workplace. ADP can help you develop a game plan.