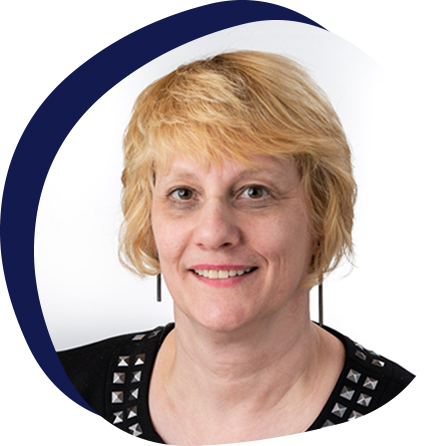 If you’re expanding your international footprint, you need a payroll provider who can help you achieve payroll success on a global scale. Pia Saks, the global payroll manager for Connecticut-based Vanderbilt Global Services, knew the importance of creating payroll efficiencies internationally. It was a decades-old dream of hers to find a platform that could easily integrate Vanderbilt’s U.S. system with those abroad, and with ADP Workforce Now® with Global Payroll, Pia’s dream was finally realized. Here’s her story.

We chose ADP Workforce Now with Global Payroll because after 45 years of being an ADP client, we have come to rely on ADP’s expertise.

The challenges of a global landscape:

Prior to implementing ADP Workforce Now with Global Payroll, we had a handful of employees in six countries outside the United States and each country had its own payroll system. One of the challenges we faced was the lack of a permanent establishment, or legal entity in each of those countries. There simply was no one system or platform that met our needs.

Transformation on a global scale:

We want to expand our global presence. As we enter new countries, we need to increase the efficiency of our global payroll processing. One system per country is hardly efficient, so the more countries we add, the less efficient we became. We also wanted a platform that could integrate with our current U.S. system and one that our payroll administrators would be able to easily adapt to both here in the U.S. and abroad.

Vanderbilt had scheduled a meeting with ADP representatives to learn about some of the additional features available through ADP Workforce Now® that we were not using. During that meeting, the sales rep mentioned ADP Workforce Now with Global Payroll. She believed that this was what we had been waiting for…for over ten years! We knew that this was a real game changer for Vanderbilt.

Building support for a big change:

My executives were aware of my aspirations for having one global system. Several were in attendance during our meeting with ADP and heard firsthand how ADP Workforce Now with Global Payroll could be the solution we wanted.

I put together an analysis of our current billing cost—because any CFO will tell you that price is a factor. I outlined our payroll structure at that time, including the countries, languages and foreign currencies. I also included a plan for improved cross-training which would be much easier with everyone using the same system. I reminded them that like so many of us, I don’t speak every language of every country where Vanderbilt has employees. I don’t speak Dutch, or Chinese or French so translating forms and compliance documents would be tricky and going back and forth with multiple providers is time consuming.

We did not look at any additional companies when deciding to implement a global system. We were already using ADP for some of our locations, such as China, the United Kingdom and Hong Kong and had a positive experience. We chose ADP Workforce Now with Global Payroll because after 45 years of being an ADP client, we have come to rely on ADP’s expertise.

Your Checklist for Evaluating HCM Partners: An HCM Evaluation Tool